‘MOZARTS is not only a story about identity, but about dynamism, about the necessary process of translation. About taking a position in which signs are no longer fixed and meanings depend on perspective and situation. There is no more centre, the support of language; instead, the relationship with the margins (of language, subjects, cultures…) is problematized.’ 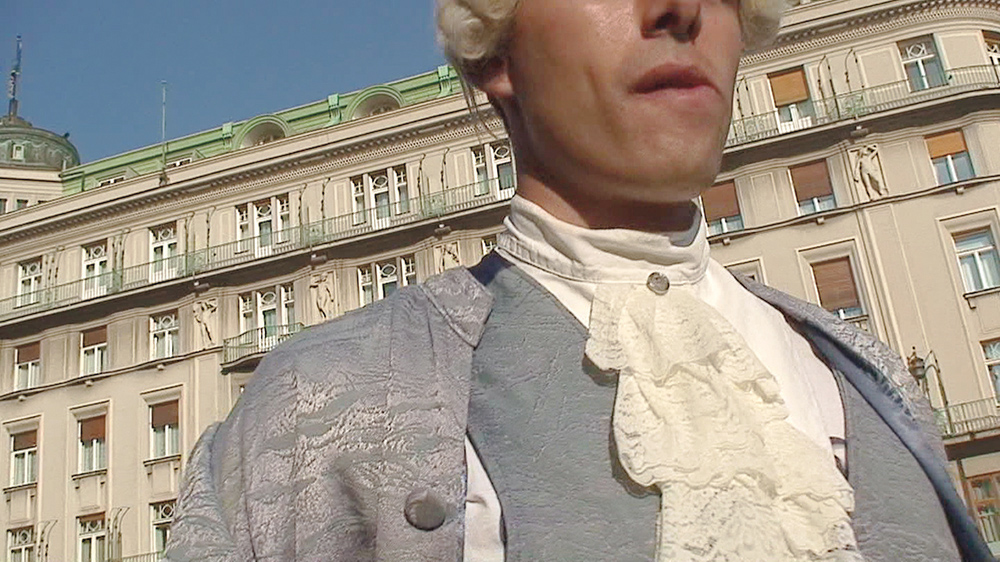 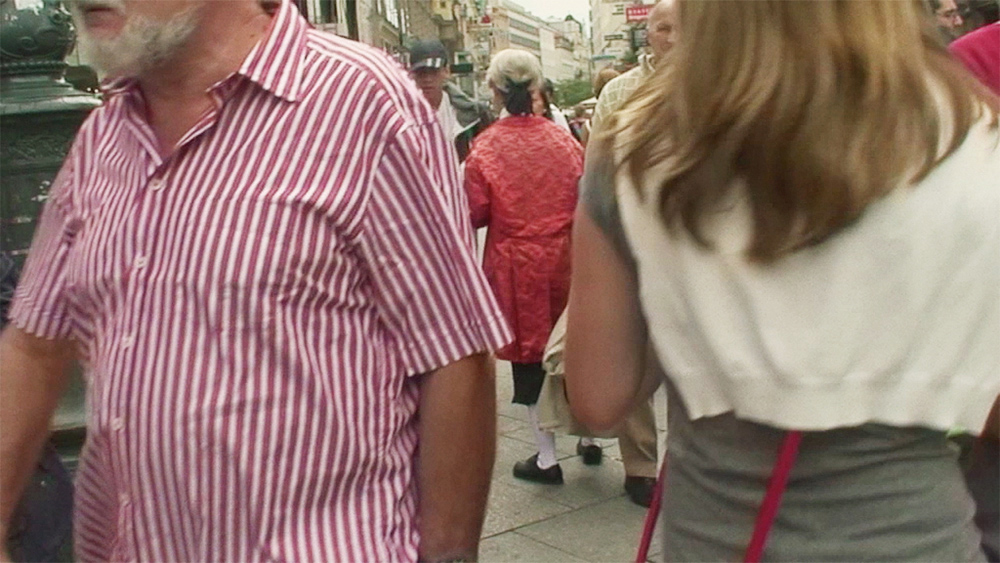 ‘The videos present subjects, young, academically educated polyglots from Eastern Europe, dressed up as “Mozarts”, selling concert tickets in the streets of Vienna. But rather than their predetermined and fixed identities, the issue here is a complex juxtaposition of different signifiers (de)constructing these identities: costumed bodies in constant motion in public space, their biographies and favourite songs sung by an authentic “inner” voice.

The thought of someone implies the acknowledgement of that person as a subject and, therefore, the irreducibility of otherness. Jelena Jureša deconstructs fixed identities as she does not treat the Other as a predetermined and fixed object from Eastern Europe, whose identity is erased by the act of putting on the Mozart costume. By a constant process of translation of different layers, inner and outer languages, she revitalizes identity consideration. Lacan articulates this linguistic dimension by insisting on the Other as the space developed between signifiers which represent the subject. With all the included signifiers, the space allows for the appearance of otherness or a manifestation of difference which remains between here and there. Video works represent a space where the dimension of structural inter- and intrasubjectivity is realized.

The method which Jelena Jureša applies is an act of deconstruction (Derrida) in its own right, that is, of a careful reading of differences, of the marginal, the secondary, so that the strengths and efforts to displace an entire system can be noticed in a turn of the inherited hierarchy of concepts and values inherent to the essentialistic perception of identity. The dimension of intersubjectivity in which everything is defined as a function of speech in relation to the Other is the basis for identity consideration. The focus is on flux, on fluidity, on agency in the contemporary context where subjects are rooted in the fact that they are in constant motion.”