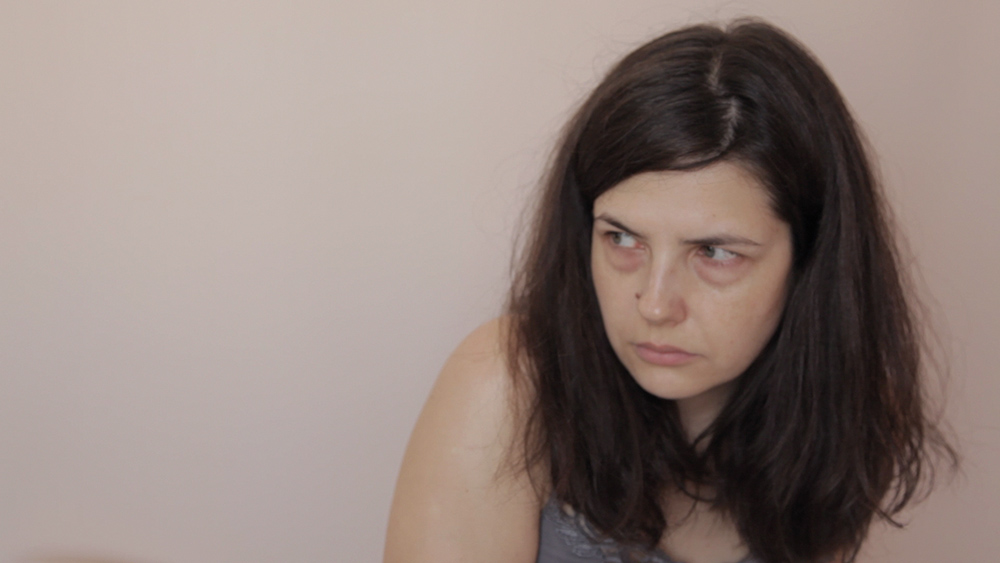 From the first description in the media, premenstrual syndrome or PMS was seen as a proof of a woman’s “natural” mental and emotional instability. This impression was loosely based on social presumptions, ignoring the actual historical experience. As outlined by Tamara Djordjević “after contemporary feminist analysis (Federici, Vishmidt…) PMS (in the form of stress, depression, anxiety, mood swings…), as well as other physiological and biological “givens” can no longer be considered out of the context of socio-economic expectations, accompanying pressures and work functions that women need to realize, fulfil and perform due to the roles granted to them in a production system based on economic exploitation.”1

I am working, but nothing I do seems good enough. I feel too old, too drained, not talented enough, not courageous enough. I feel incapable, not up to things… Dark thoughts about parenthood are the darkest of all. I get obsessed with questions like ‘Am I a good mother, am I good for her, will she grow up to be a good person who loves herself?’ … Every month I seem to lose my hand-eye coordination, my body bloats out of the shape, my skin goes haywire and my IQ just flatlines. It’s just there’s a little sign on my forehead ‘closed for inventory’… It makes me sick to think, that tomorrow in the morning I have to be at the top form at work.2

My brain is running at 50 % capacity and I should just leave my body where it is… I feel bad. I’m not experiencing anything intellectually, emotionally, because I just feel bad… I’m thirsty, I’m hungry, meat, pasta, alcohol, juice, water, lots of water… I’m trying to make things easier for myself. That’s when I put on weight. Everything seems to affect me when it comes to food. It’s like in that old video with Freddy Mercury where he’s bumping around the house with curlers, I just cook a lot more, and I can’t stand messiness, so I clean up around the house. So, even depression has its positive side. I would call it my ‘irritable housewife phaze’.5

Many argued that acknowledging PMS underpins negative female stereotypes, especially since the recognition of PMS as real and treatable through the employment of particular diets, hormones or antidepressants led to prospective abuse of the disorder in order to keep women on the margins of the positions of power. As defined by Arijana Luburić Cvijanović, “they again find themselves in the gap between degrading representations of woman as hysterical, neurotic, raging but, in actuality, demonised beings, and the image of idealised femininity whose protocol instructs women to systematically negate PMS symptoms and place them in the sphere of the suppressed, the self-understood and banal.”3 A two-channel video piece entitled Notes on PMS is a portrait of two women with opposite personalities, both suffering from severe premenstrual syndrome. The video portrays these women on different days of the month and consequently monitors their mood changes and various psychological states. Both women relate to PMS differently and in a way that may cause identification, reflection or disapproval.

“Through the most intimate confessions of habitually unspoken, hidden dark thoughts, urges and needs outside acceptable or polite behaviour, altered images of oneself and others, as well as one’s life, this work brings us close to the inner struggle of a woman temporarily ’closed for inventory’, as one of the two interwoven video narratives phrases it. The protagonists of conspicuously different sensibilities, characters, dynamics and backgrounds, come together in an experience whose weight is reflected in the many repetitions and the very length of the work, while the established closeness is skilfully portrayed by the communication of colours, juxtaposed spaces and women’s movements in parallel projections. The seeming uniformity of the hour-long projection composed of static takes, dominated by those in which the women gaze at the viewer, is cancelled by the salient power of empathy between the author and the portrayed women. Via the ’live’, moving photography, empathy is transmitted to the viewer, who is stimulated to contemplate an apparently insignificant topic. Attention is therefore held by both one’s immersion in the presented experience and the impression of communication between the author and the viewer. This heterotopian space of communication is made additionally appealing to the viewer by the fact that Notes on PMS, like previous projects of Jelena Jureša, focuses on real people and situations.”4 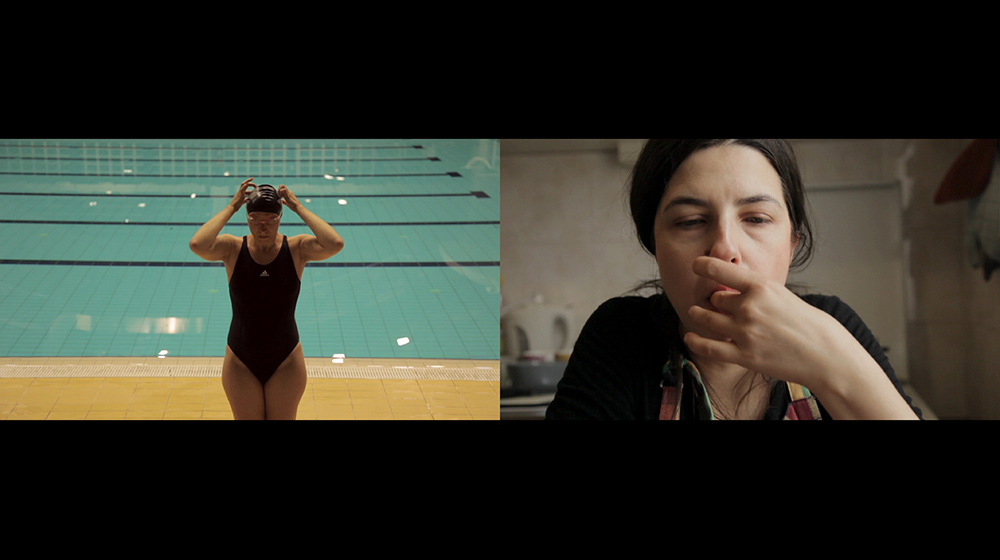 “Every viewer will undoubtedly ask themselves why an essentially female story is told by a male voice. After a decades-long struggle to empower woman – in politics, literature, art – it might seem unfair to again deprive her of voice so her intimate (hi)story would be narrated by a man. The controversial choice of narrator can, however, be interpreted in an entirely different way. It affords distance for the female viewer in danger of too much identification, while it provides a man, the ‘usual casualty’ of the premenstrual calamity, himself imprisoned in the chains of imposed gender roles, with insight into an otherwise rarely available perspective, thus opening up a new space for understanding. The unexpected teller also offers the possibility to read these notes as a peculiar subversion of male, patriarchal order precisely because he recounts, in the first person singular, stifled, invisible female experience. More than anything, this voice, unmanned by his rapport with the narratives, gives a false impression that Notes on PMS erase the line between the male and female which we frequently stumble over – it is eliminated only insofar as the voice clears the way for understanding – revealing a fundamentally general and unceasing human struggle between the instinctive and socially imposed, the allowed and forbidden, the said and unsaid.”6