Mira, Study for a Portrait

In MIRA, Study for a Portrait, Jelena Jureša deconstructs and reconstructs her portrait of Mira as a twofold process, taking into consideration, on the one hand, notions of the portrait as a fixed and coded art-historical genre, a complete, executed object, while on the other hand, in “a study for a portrait”, the artist underscores the process of building identity. 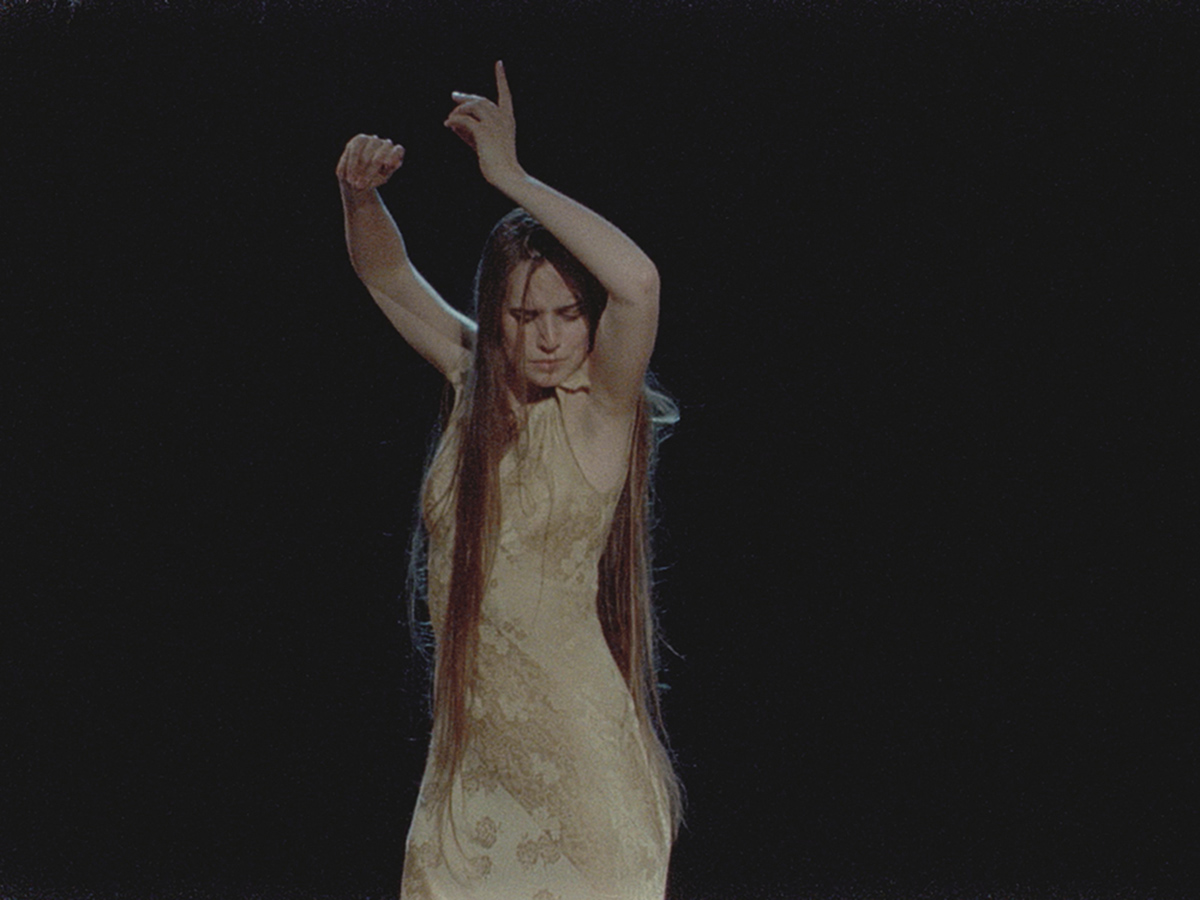 MIRA, Study for a Portrait is a work about absence that chooses the portrait as the form through which to explore the fragility of memory, while at the same time researching the relationship between the medium of photography and perception in general. This is a long-term project on several levels, in which the artist dedicates herself with scrupulous precision to the history of a country, a family, and, most especially, of a woman. The work consists of a video installation, several photographs, and a book. While watching the videos (two videos, each forty minutes long), viewers are provided with new ways to read the photographed and moving image, as well as with new meanings for the site as the medium of recording and deletion. Even though the first part of the work is based on a real period in history, its actual duration, and familiar historical facts, it is broken up by a personal story that Jureša shifts into the foreground. The video installation traces the life of Mira and her family, from birth to her death, using photographs and video recordings that identify places and correspond to the recollections of some of the characters portrayed. The first part of the film brings to life the family history of her parents, David and Minka: David’s Jewish roots and Minka’s Muslim background, Bosnia before World War II, the troubles David’s family endured; how they both joined the partisans, their meeting, their separation, Minka’s nearly fatal injury, and their years until Mira’s birth.
Only a few archival photographs are used to reconstruct Mira’s portrait. The specific narrative, combined with Jureša’s photographs, traces her life with great aesthetic care and subtlety.
Her childhood, her life in Belgrade, in Sarajevo, the birth of her children, her marriage and divorce, her work at a senior citizens’ home, up until her tragic death in 1990, when she died in a traffic accident near Pakrac, where the unrest that foreshadowed the war in Croatia soon broke out, triggering the decay of what was formerly Yugoslavia.

‘Similar to the quest for identity in the novel Austerlitz by W. G. Sebald, the video installation MIRA, Study for a Portrait (2010–14) by Jelena Jureša explores the quest for individual identity and the battle against amnesia among the shreds of memory. Jureša’s work is informed by the practices of the artist as a historian and the archival artist. She embarks on a quest that attempts to re-create and reconstruct a historical narrative of one very unique individual, and relatively anonymous human life, giving it a voice and unveiling series of events and circumstances that are linked around it. In this way, MIRA, Study for a Portrait illustrates the intimate exploration of the boundaries of memory. “It is the story of one woman, one family, one country, and three wars” – as the artist explains.
. . .
The central part, structured as a large-scale installation, invites the observer to dive in and follow the fate of this anonymous woman. Guided by the impulsive research of archives and stories, unique poetics and the sensibility of the artist, haunting and delicate, the work reflects both a human life and a century, “a single individual’s life and a collective historical period – the backbone of this age is shattered”. It is almost as if the entire fragmented century, historical events as pieces of its official historiography, were reflected in a series of small, individual, private, and invisible historic moments that are hidden and forgotten along the margins of existence. The cracks and fractures reflect differences in the relationships and the concept of time – the lifetime of the individual, and time as a time in history in general. It is between two conceptions of time – historical and subjective time, private and public – that lies the time of the work.’

From:
DOUBLE EXPOSURE – A COLLISION OF PAST AND PRESENT,
by Branka Benčić 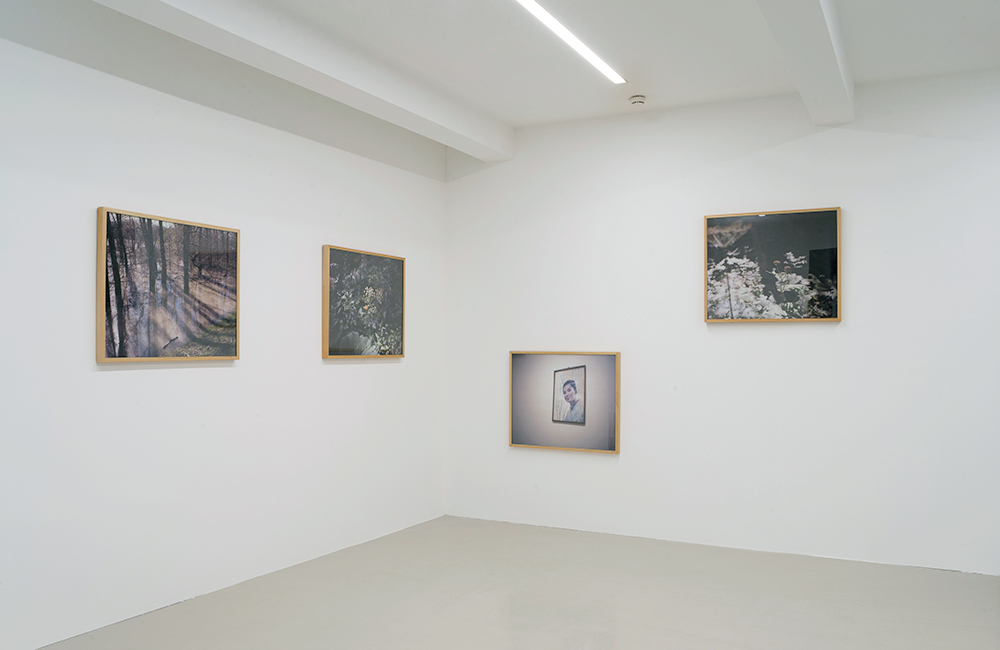 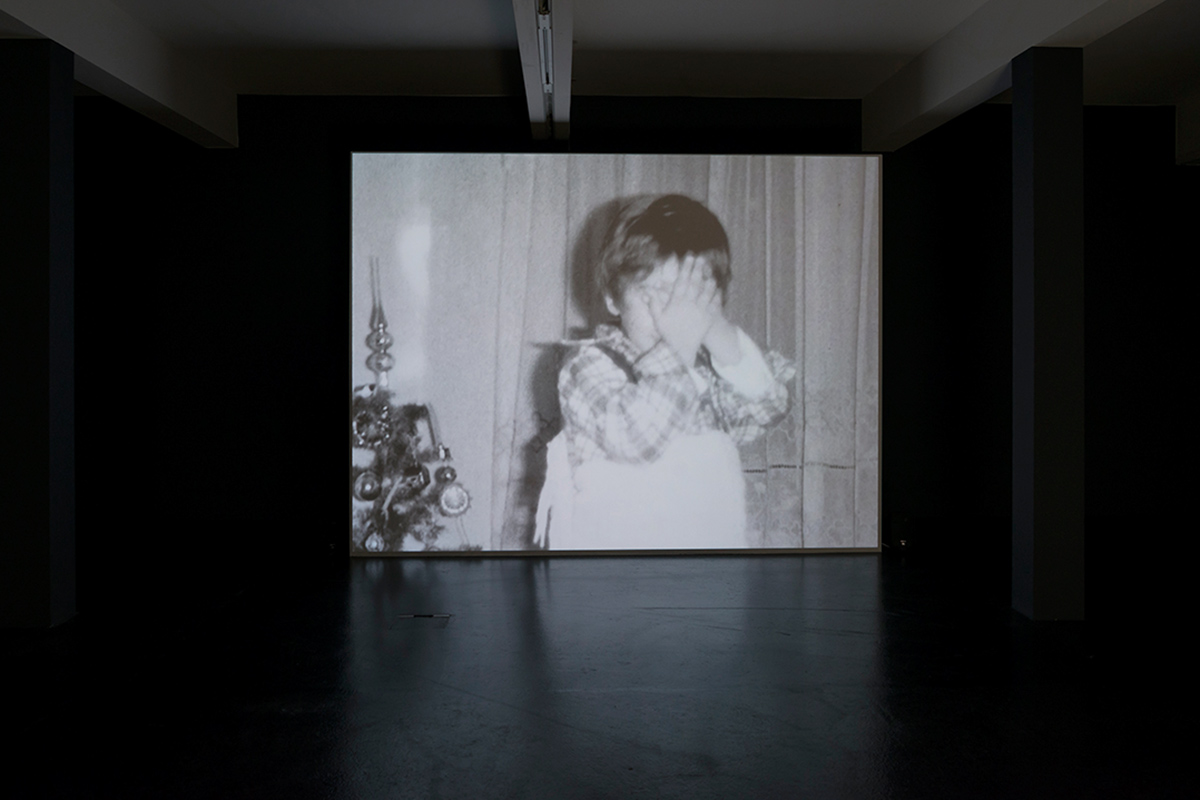 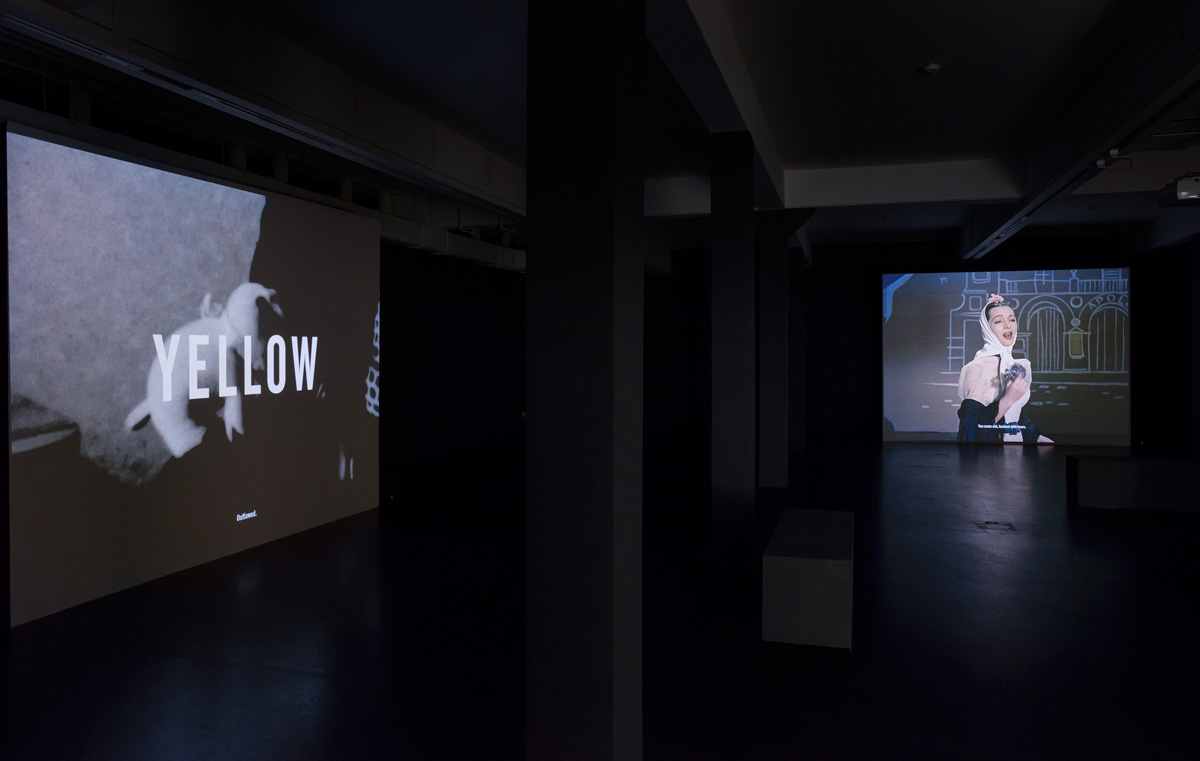 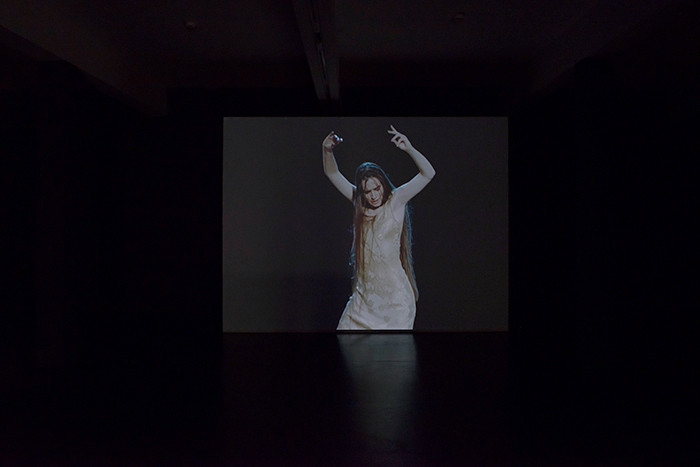 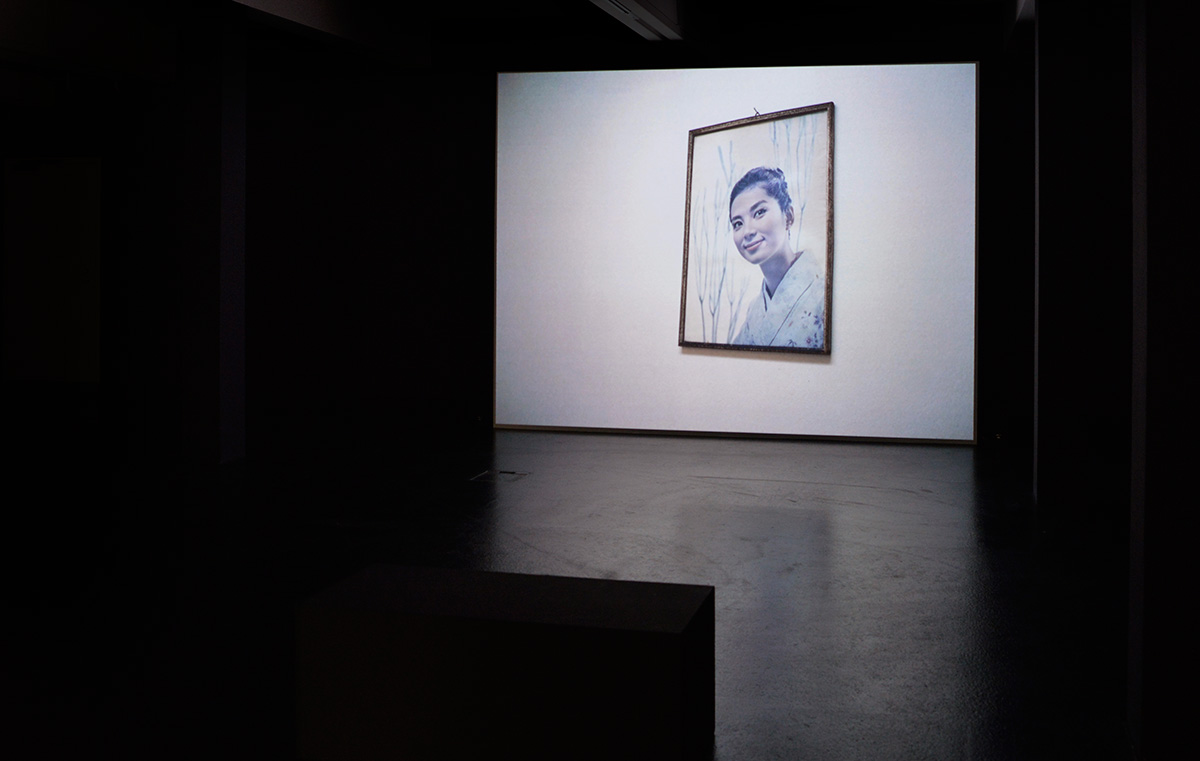 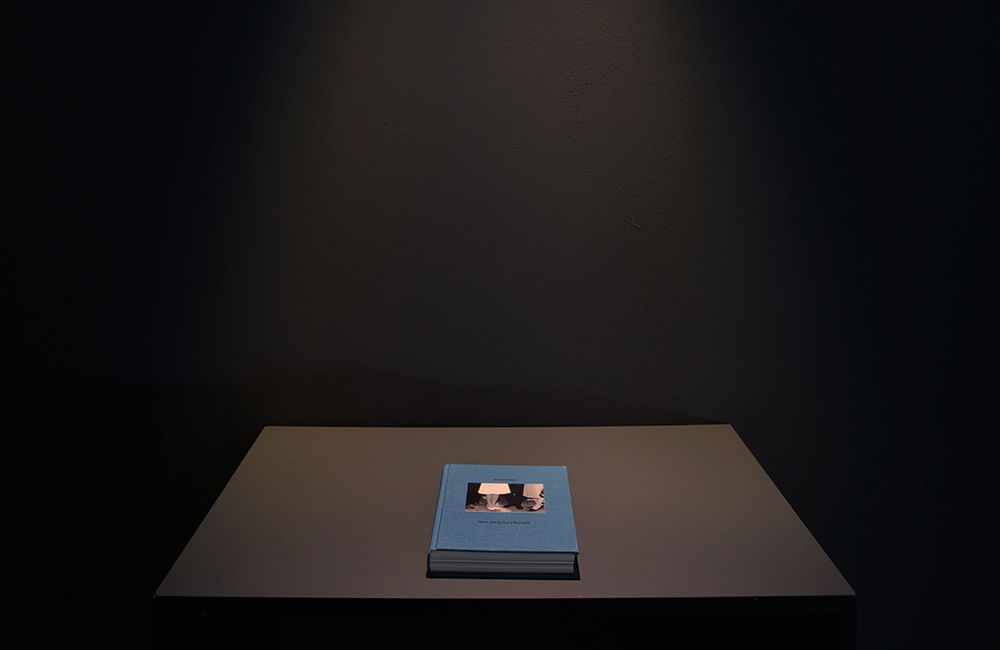 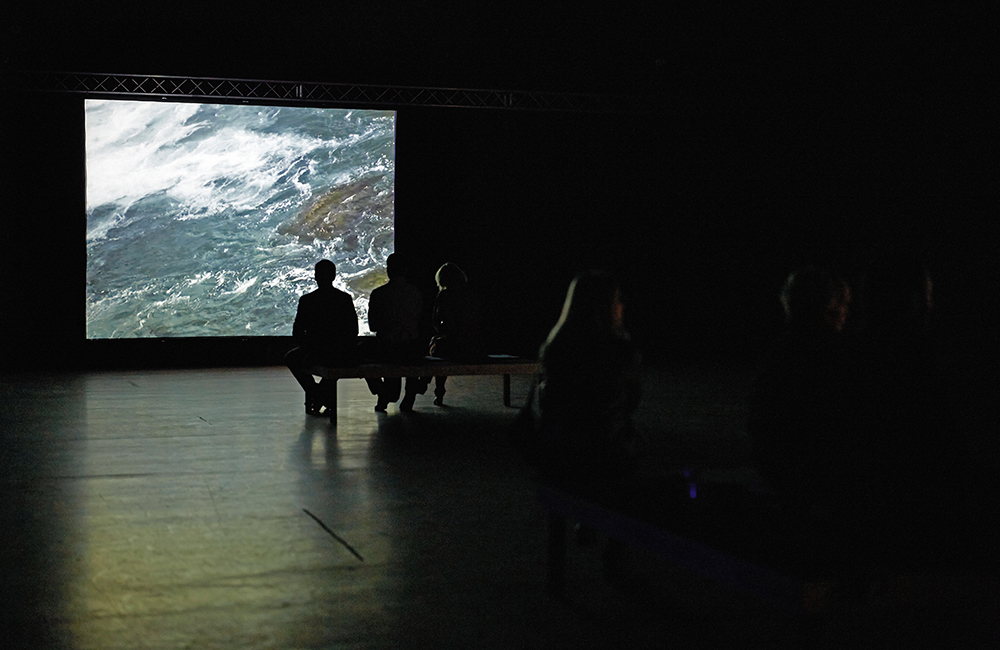 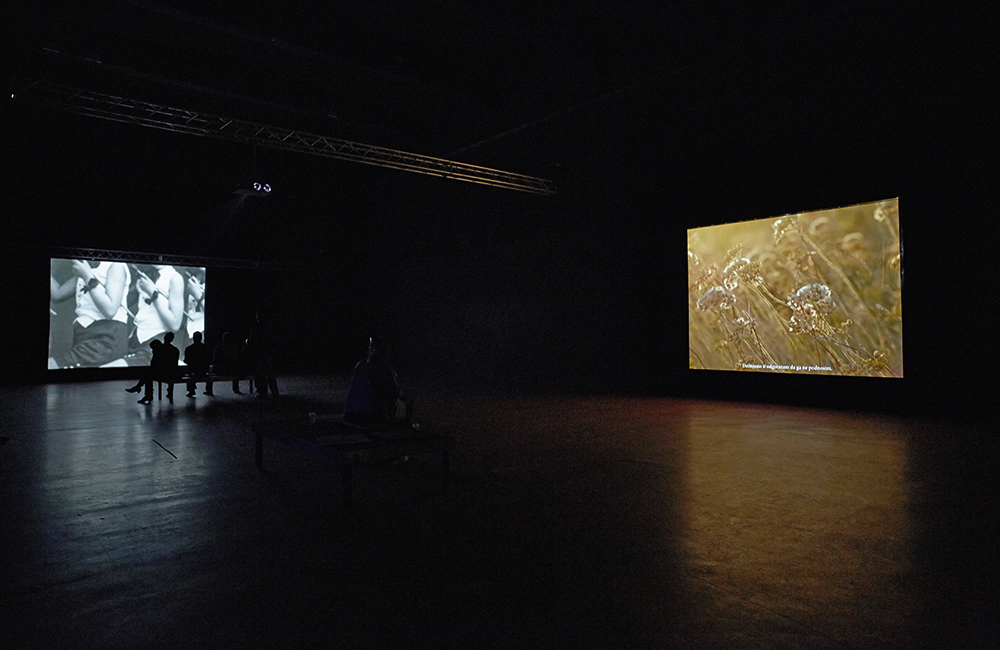 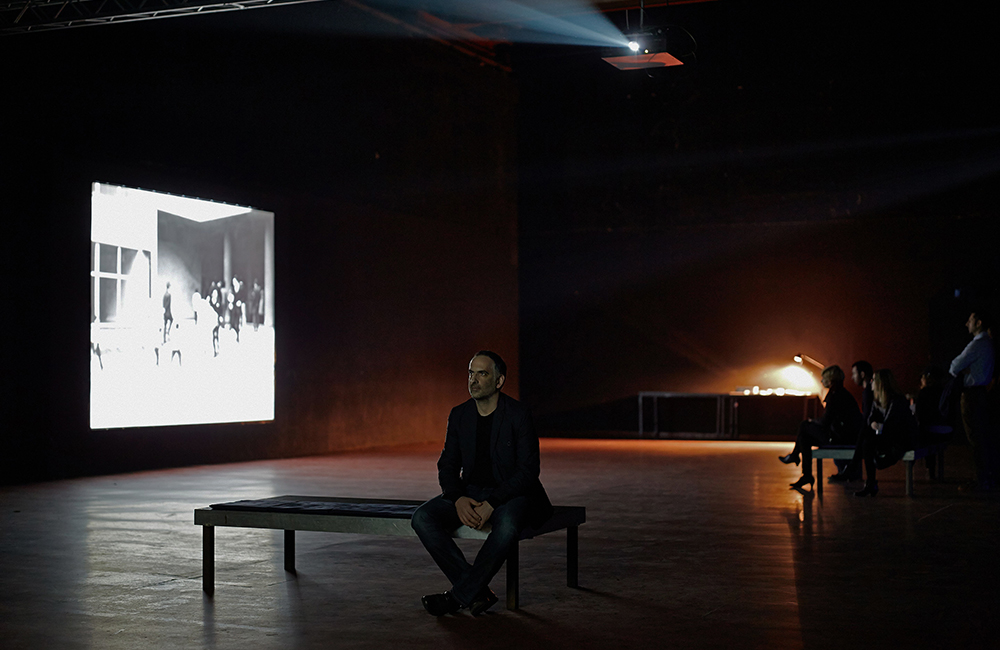 Salon of the Museum of Contemporary Art, Belgrade
Curated by Una Popovic 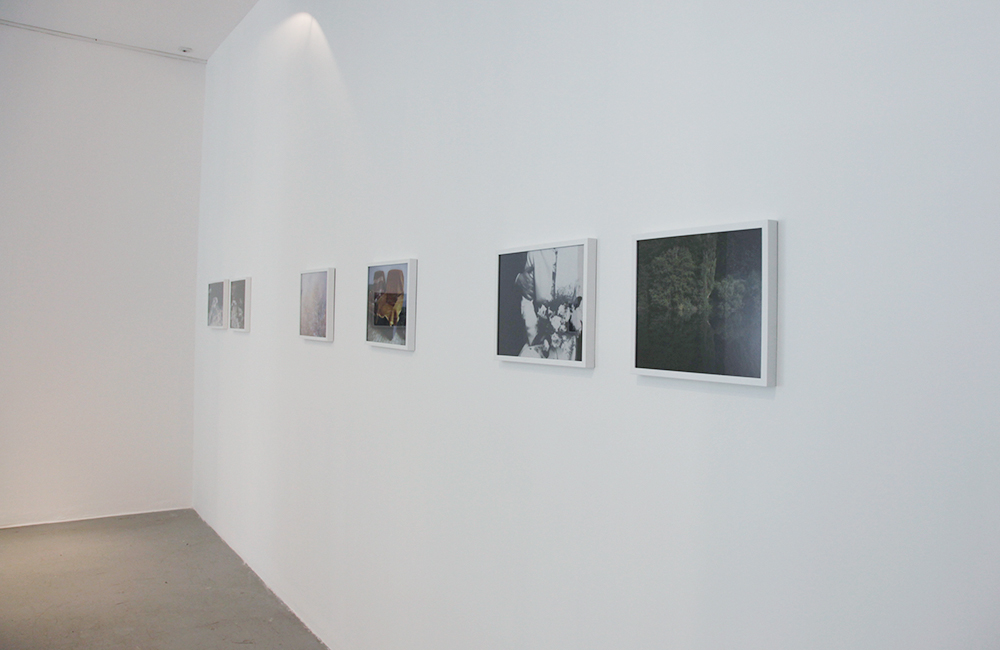 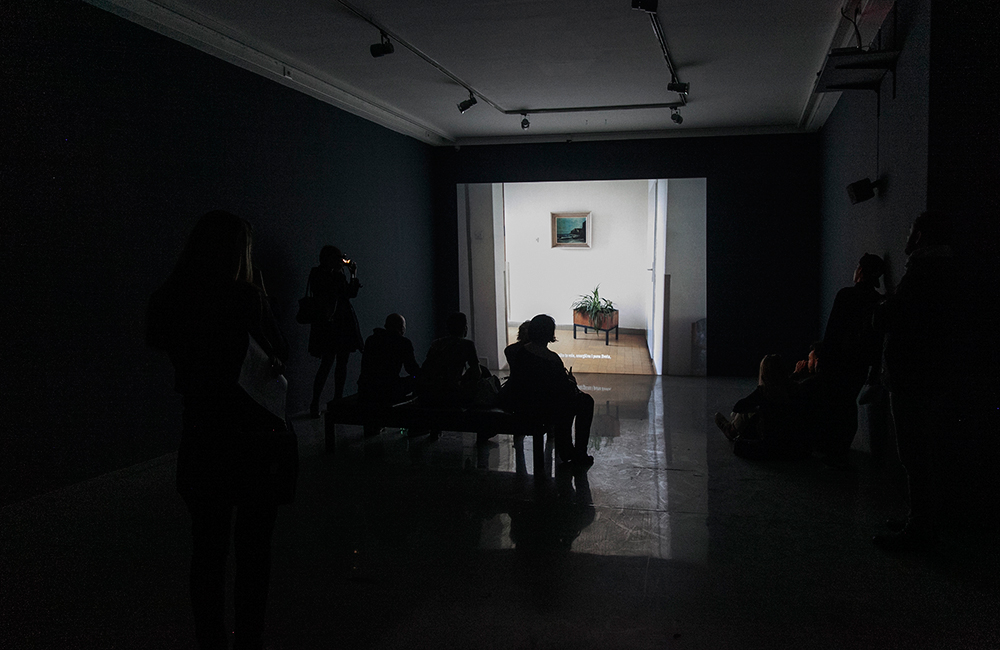 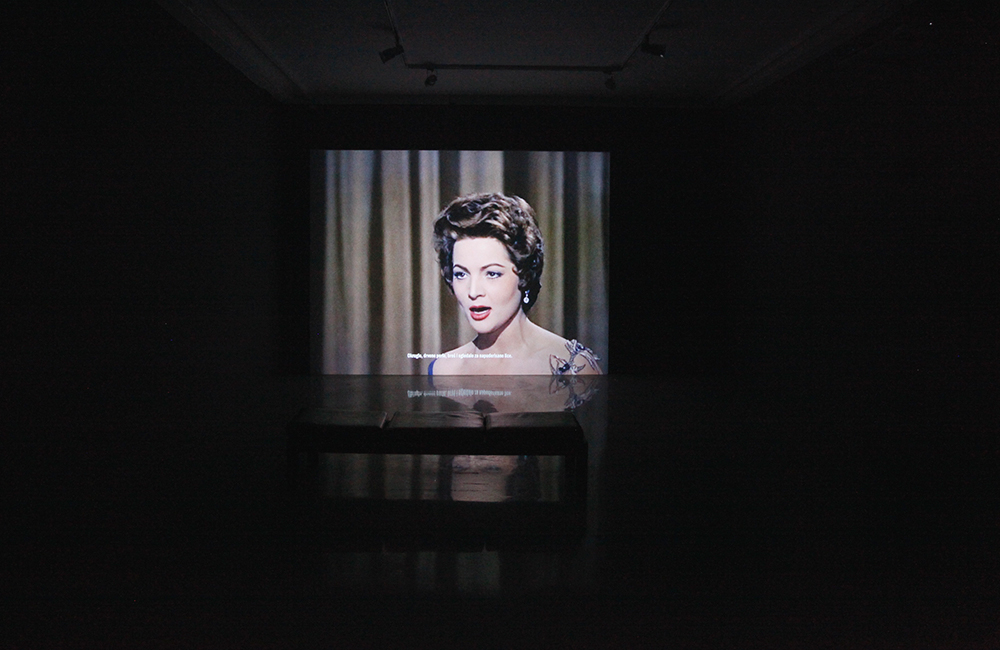 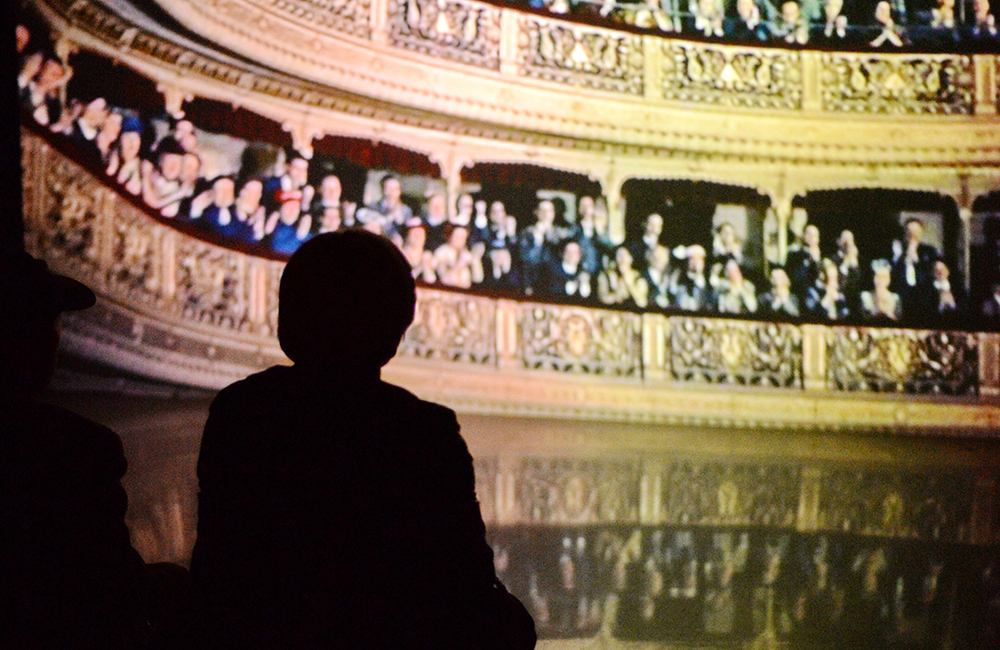 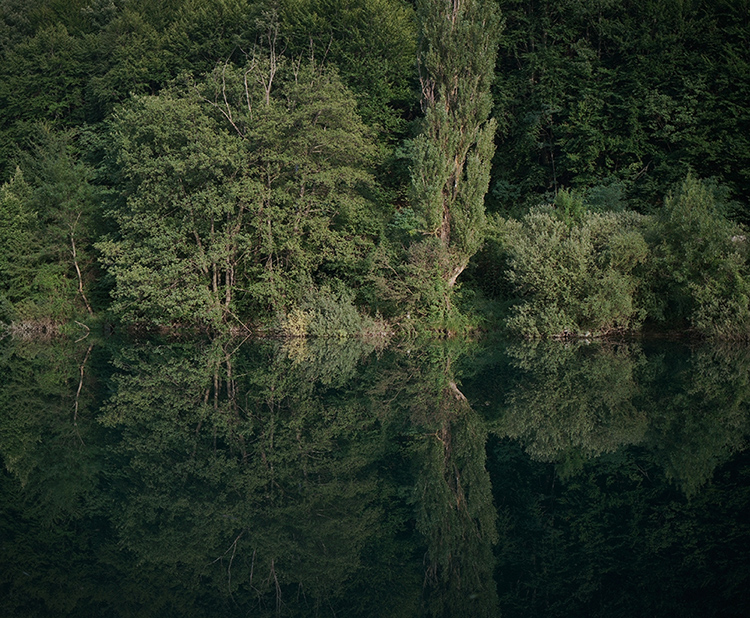 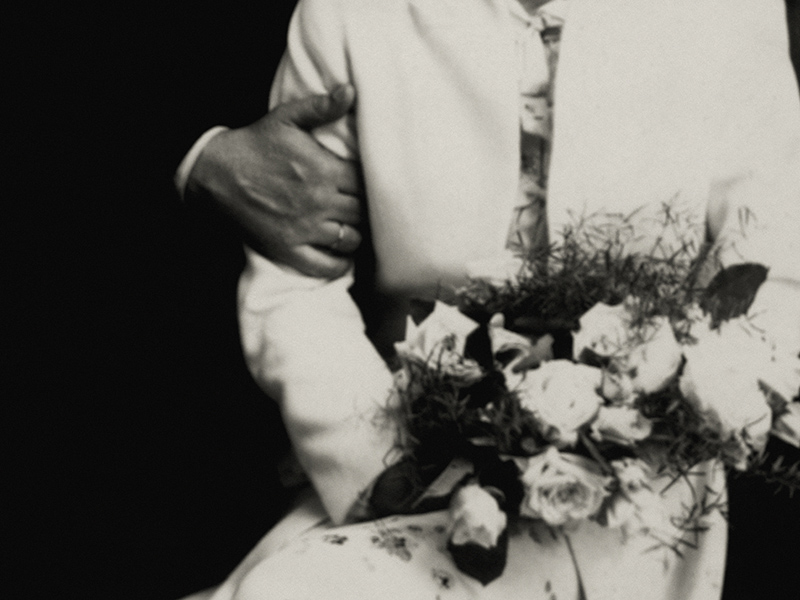 ‘If names act as containers for what is left behind, they are also flexible containers, deeply held, withheld. The multiple meanings of Mira’s own name emphasize an openness of both perception and interpretation. A golden field, wind blowing through it. A lush waterfall. A family photograph. A soap opera. Mira (one etymology or another,) and photographs of the ocean. Columbus’s ocean: a vast signifier, pre-colonization, pregnant with possibility. Mira’s ocean: strange, rebellious.’ 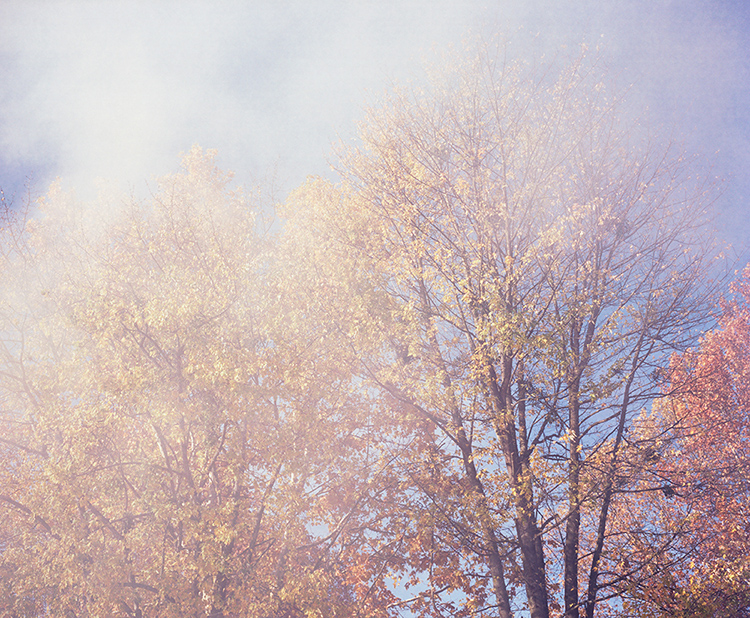 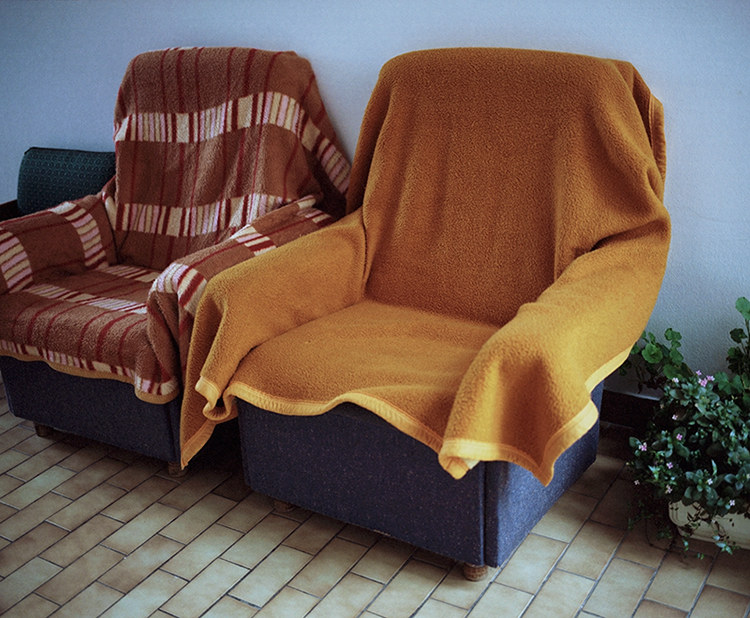 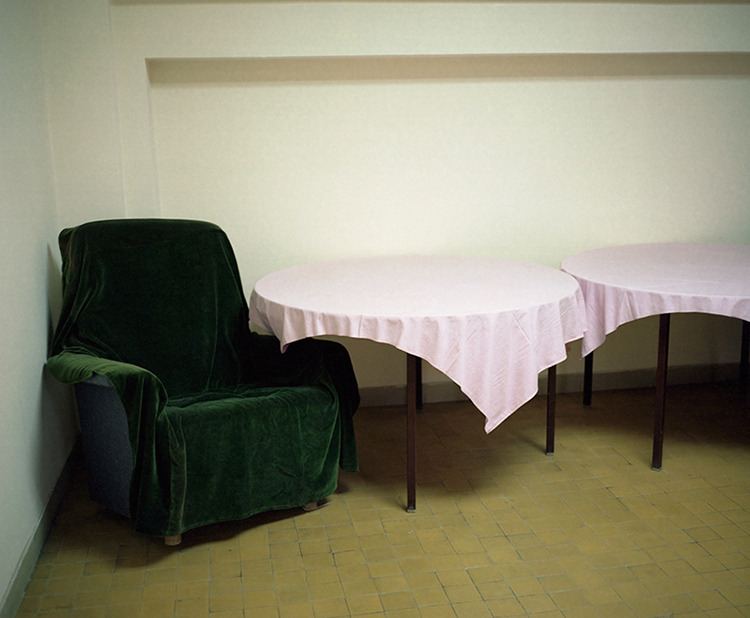 ‘Images of empty seats, some of them with blankets hanging over the backrest, cling to my brain. They are bound up with a high level of familiarity and, at the same time, with an acute sense of inaccessibility. Its atmosphere is dense with palpable absence. The elliptical quality of the images lies in their ambivalent interplay between presence and absence. On the one hand, these images breathe loneliness and isolation. Death might be present in the absence of a living body. The Christmas tree and some party garlands seem out of place in this setting. The blankets function like the chalk drawings used by the police to mark the position of an absent corpse. On the other hand, the blanket on the seat also reminds me of a body that used to be comforted with its warmth. Someone put a blanket on a seat. At least someone took into consideration this need to be comforted. Someone cared for a person who needed help.

“Old people deserve attention. (…) You have dinner with them, entertain them, help to take their minds off of their absent children. You ask yourself whether someone will take care of you in your older days.”

Some day in the future, I will recall these words.’

From:
The Letter,
by Christel Stalpaert